I was born in 1975 in Porvoo (Finland), attending the world renown Näsin Ala-aste until 4th Grade. In 1985 my father took a job in Saudi Arabia, where I spent 2 years at Jubail Academy. I was introduced to kids from all over the world, apple II computers and skateboarding.

In 1988 our family moved to Brussels where I had the fortune of going to the International School Of Brussels (ISB). I played guitar in bands and spent most of my free time skateboarding with locals. I played American Football against US military base high schools scattered around Europe. We won the European Football championships in 1993.

At ISB I made a core group of friends who I still speak to regularly, but more importantly I met Melissa Beltgens to whom (25 years later) I'm happily married to with 2 children.

To retain my Finnish passport, I went back to Finland for a 9 month military service. This, was a highly decorated affair. I rose through the ranks, working high responsibility positions including Dentists Assistant and night receptionist at a hospital.

At this point I was far more interested in nightlife than real life, and nightlife in Belgium was good. Venues like Fuse, Vaudeville, Fool Moon, Whos Whos Land etc. etc. hosted big name DJs nearly every weekend. But I needed to study something, and found Le 75 through a recommendation (a French speaking art school in Brussels).

At this point my "professional story" continues in the card :

The first internet bubble was in full swing as I graduated with a degree in Graphic Design from "Le 75" in Brussels in 1999. I solicited every web related company/agency I could find on Altavista and the yellow pages. This landed me a job as a webdesigner for the (now defunct) mistersuper.com online store. It was a cool job, we had a copy of Macromedia Flash 3, and I quickly learned the ropes through US flash forums. Before long Flash 4 was released and I found myself spending less time designing, fixated on actionscript and it's seemingly endless animation possibilities.

I was approached by Sony Europe in 2000, where I joined SonyNetServices, their internal web agency based in Saltzburg with a branch at the Brussels offices. Within a year of joining I was a full time frontend developer. At this I was busy with comparison apps, product showcases, games, banners, a nasty XSLT based content management system, WAP and iMode mobile phone content etc.

Sony restructured in 2004, firing 16,0000 personnel globally. Sony Net Services Brussels was shut down, but I stayed on for a year working on an internal project, something along the lines of "elf yourself" or an early snapchat. This project was eventually axed, and I decided it was time to leave mega corp.

With SonyNetServices out of the picture, a local agency called Nascom had found a foot in the door at Sony. I met the team, liked what I saw and joined. This was a great company, 15 guys all hands on, a startup mentality, everyone motivated and producing high quality results. Flash dominated the web and Nascom was one of the players in Belgium. We produced viral games, experience sites, online video was starting to kick in, good times.

Outside Programming, What Are You Into?

Above all else I value spending time with family and friends. I love the outdoors, I love grilling, new experiences, travelling. Here's a few other things I'm into : 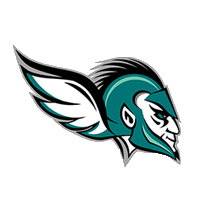 I coach the Offensive Line of Brussels Black Angels American Football Club, undefeated in the 2018 BAFL Division 1 league and winners of the Belgian Bowl. In the final BBA beat the Limburg Shotguns 50-0. 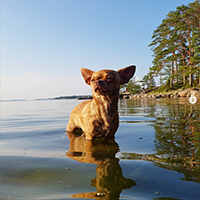 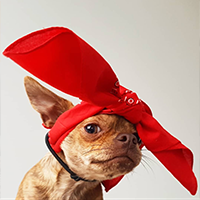 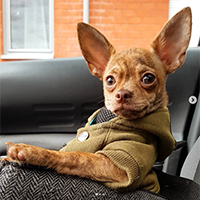 Against better judgment, my wife strong armed me into buying a Chihuahua. Turns out he's an awesome little friend, and great fun to photograph (he's big in Japan!). I've always enjoyed photography, most photos taken with my Samsung Galaxy.

I'm happiest and most productive when focusing on an encapsulated task or a problem which requires a creative solution, preferably visual in nature. Data visualization, custom menu, a text effect, a particle system, game mechanic etc. Here's a short list of what I imagine would enjoy:

For one thing, this site supports linking directly to cards. Click the link below for a lovely animation sequence, and you will arrive at a lengthy write up in the portfolio section about the current version of sakri.net

I like to focus on the frontend code which creates, controls and manipulates all visual elements on a screen. I prefer to leave design to a designer, the backend to a backend developer and UX to a usability guru. I know enough about all 3 to appreciate the specialists, I've spent a lot of time with them, and am good at establishing workflows which accommodate everyone.

I expect projects to be Agile. Going '100%' by the book never happens, but the main principles should always apply.

ok, this section isn't quite complete...